BillCutterz » Money Saving Articles » How to Save Money on Gaming

How to Save Money on Gaming 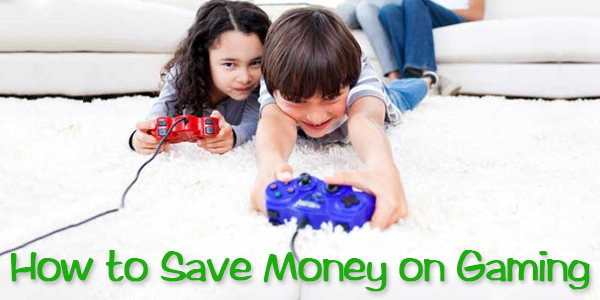 If you’re anything like me, you might spend a lot of time playing games, and very little time considering the costs. My household is a big fan of gaming, and since we all play multiple systems, it can get expensive quick.  Here are some tips to save money on gaming.

Set a Budget and Stick to It

One of the most important things you can do is set a budget and stick to it. Figure out how much you can afford to spend on video games, and don’t spend a penny more than you’ve budgeted.

The biggest way to save money on video games or computer games is to always buy used. I usually buy my consoles new because I don’t know how eBay user mrcoolgamer99 treated his machine. New consoles are only a few hundred bucks and will last for a few years, but each new game can cost $50 or more. Stick to buying used games and you’ll see a much bigger difference in your gaming budget. If you’re not as risk-averse as I am, you will see some big savings with used consoles, especially if you’re careful when purchasing.

Instead of spending even $20 to buy a game you’ll only play one time, rent it instead. Game Fly is the Netflix for video games and they have a wide selection of games for major consoles, and even offer games for Game Cube, Playstation Portable and Nintendo DS.

Redbox is another service to rent video games, and it costs $2 per game per night. They only have games for Xbox 360, Playstation 3, and Wii, and tend to stick with new releases and popular games.

If you have a quick turnaround on games, renting will be a much cheaper solution for you. However, if you take your time beating games, then buying used will be more cost-effective.

One of the hardest things about gaming is to not rush out and buy a new game immediately.  You’ve already been waiting months and now that it’s out, you want to play. But if you wait a few months or sometimes even a couple weeks, you can get that same game at a hefty discount.

A lot of games offer paid add-ons, expansion packs and upgrades, on top of the price of the game. Even though that weapons upgrade pack is only $9, the add-ons will add up if you buy them frequently. Choose your paid upgrades carefully and ensure you are accounting for them in your budget.

Trading in your used video games to stores like Game Stop doesn’t usually yield you the same money you’d get if you sold them yourself. List video games on Craigslist, eBay, Amazon Marketplace and other secondhand markets. While it isn’t as easy as handing them over to a store clerk for quick cash, you’ll make way more money to buy more video games.

Pay attention to game cycles – if you know a new game is coming out, time your listing when people are picking up the prequel to play again. Watch Game Stop for price reductions and set your prices accordingly.

Since my gaming platform is primarily PC, something I’ve had to worry about is getting sucked into a subscription game like World of Warcraft. There’s monthly or yearly fees in addition to upgrades and expansion packs, and it can easily cost a few hundred dollars per year just to play WoW. I have one rule about gaming and that is to avoid subscription games. This obviously isn’t for everyone because WoW is one of the most played MMOs, but it might just help you save a bundle on gaming costs.