How To Save Money on Your Cell Phone Bills 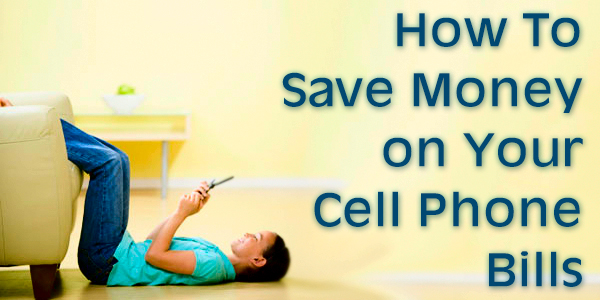 During the course of the past dozen or so years, cell phones have transformed from a luxury to a necessity. As a society we’re ditching our immobile landlines and going with the portability of cell phones. In the past few years the trend has picked up more steam as consumers have increasingly chosen the mini computers known as smartphones. The result is rising costs of devices and monthly service plans.

As always, there are ways to cut down on the amount of budget you allocate to cell phone ownership. No matter how many of these items you follow you’ll still be spending more than ever before on cell phone service. But done properly you can spend less than the average person. Here’s how to save money on your cell phone bills.

BillCutterz is the best way to save money on cell phone bills. All you have to do is send them a copy of your monthly bill and they’ll call your provider and get you a big discount, without switching providers or changing features. Find out how much you might save with BillCutterz by using their savings calculator.

The iPhone is the hot smartphone. In fact, when many people refer to smartphones, they refer only to the iPhone. Yet the iPhone can prove and expensive endeavor. The baseline price of a new iPhone 5 is $200, and consumers who want to also use it as an iPod — smart, since it eliminates the need for another device — will pay considerably more to get more storage space. Fortunately for budget-conscious consumers, the iPhone is not at all necessary.

Android smartphones are also prevalent on the market, and they can cost far less than the iPhone. Lesser-known, but still-high quality manufacturers such as HTC produce smartphones that people love for a fraction of the price. Just check out the selection of T-Mobile HTC phones. They’re absolutely free, and they come with the latest software installed. Consumers can save $200 up front by choosing one of these over the iPhone.

2. Go with a family plan

While any cell phone plan is expensive, individual cell phone plans cost the most. These are defined as single-line, single-account plans, and they are at the top of the pricing scheme. In order to receive the most savings, consumers are wise to partner up and create family plans, even if they’re not sharing the account with immediate family members.

Take Verizon’s new Share Everything plans, which are the only plans available to new customers. It costs $40 per month just to connect a smartphone. Then it costs another $60 per month for 2GB of data, which is fairly standard. That totals $100 per month. Yet with two people sharing 4GB of data, the cost is $150, or $75 per person per month. A family of four sharing 8GB of data costs $62.50 per person. The more people on your line, the more you save, even though data usage is equal across plans.

With all of the streaming music and video services available, consumers are using more and more data every month. As you can see from the Verizon plans, data can get expensive. An individual streaming movies during a commute to work might need 6GB of data, which would cost $120 per month for an individual. The solution is to use WiFi whenever possible. Data consumed over WiFi does not count against a monthly total.

There are WiFi hotspots in so many places nowadays. Every Starbucks is equipped with WiFi. Many cable TV providers offer free WiFi hotspots for customers. Even laundromats are starting to offer it. The trick is to keep WiFi enabled on the smartphone. That way it can automatically detect an open network and log you in. That keeps you off the cellular network, which will reduce your overall data usage.

One of the biggest hidden costs with cellular plans is overages. There have been many stories of customers racking up huge cell phone bills because of practices like roaming and overage charges. Most of the time they not only neglected to read the terms of their service plans, but they also neglected to monitor how much they consumed. So when they got slapped with that huge bill at the end of the month it came as quite a shock.

The way to avoid these surprisingly large bills is to monitor your usage throughout the month. Every major cell phone carrier in the US offers a free smartphone app that allows customers to see how many minutes and messages, and how much data, they’ve used during a billing cycle. Checking this regularly helps consumers identify any troubling trends before they become problems. The only way to avoid potentially budget shattering bills is through this type of vigilance.

The paradigm of cell phone ownership is one ingrained in us. Every two years we can buy a phone at a greatly discounted rate. Using the iPhone as an example, the suggested retail price is about $650, though consumers pay only $200 for the phone. How can cell phone carriers afford such a discount? By requiring the consumer to sign a two-year contract. The carrier then recoups the $450 difference, and then some, during the life of the contract.

Prepaid carriers offer an alternative. They offer phones at a more expensive rate, but also don’t force customers to sign contracts. Since they don’t need to recoup the discount they offer, they also charge lower monthly rates. Take Cricket, for example. Cricket offers the iPhone 5 for $550, or $350 more than Verizon. Yet they charge $55 per month for a plan, while Verizon charges $100 for a similar plan. In two years the Verizon customer will have paid $2,600 between the phone and the plan, while the Cricket customer will have paid $1,870, despite the difference in up-front costs.

Cell phones are becoming an increasingly large part of our budgets, so we need to work hard to prevent them from getting out of hand. Thankfully, there are many ways to save, from the type of phone we purchase to the monthly plans we choose. Follow some of this advice and you’ll find yourself paying less for cell phones and service than most people you know.