Ten Tips to Get You Through Tax Time 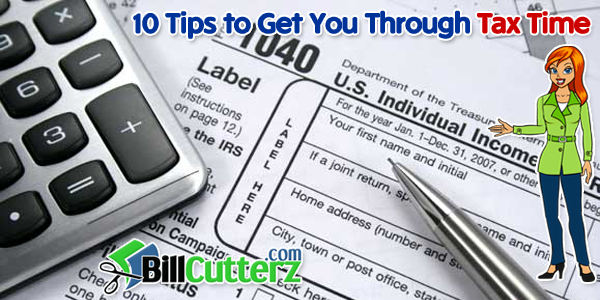 Because Emancipation Day in the District of Columbia falls on April 15 this year, your taxes are not due until April 18, the following Monday. This gives you an extra weekend to finish your taxes if you’ve been procrastinating.

The IRS has teamed up with the Free File Alliance to offer free electronic filing software to taxpayers with an adjusted gross income (AGI) of $58,000 or less. For more information on eligibility, visit IRS.gov.

If your AGI is too high, you can still use Free File Fillable Forms, which are online versions of their paper forms. This is designed for people who are comfortable preparing their own tax returns. This option only performs basic calculations and does not support e-filing if you have a foreign address.

Once you’ve filed, you can easily check the status of a completed tax return on the IRS website. You will need your Social Security Number or taxpayer ID, filing status and exact refund amount.

The IRS has a standard deduction calculator if you need help.

If you were self-employed as of March 30, 2010 and paid for health insurance, you may be able to include any premiums you paid to cover your child (if under 27 years old at end of 2010), even if that child was not your dependent.

If you claimed the first-time home buyer credit for a house you purchased in 2008, you must begin repaying it on your 2010 tax return. Additionally, you must repay any credit you claimed for 2008 or 2009 if you sold that home or it stopped being your main home in 2010.

You can claim the home buyer credit if your timeline meets these criteria: Purchased the house before April 30, 2010; or entered into written contract by May 1, 2010 to buy the house before July 1 and actually purchased it by October 1, 2010.

You can make a qualified rollover contribution to a Roth IRA regardless of your modified AGI.

If during 2010, you had income resulting from a rollover or conversion to a Roth IRA from another retirement plan, half goes to 2011’s income and half to 2012’s income, unless you elect to include all of it in 2010.

All information here was gathered from the IRS’ official website and publications. For more information on 2010 taxes, read Publication 17 (PDF).